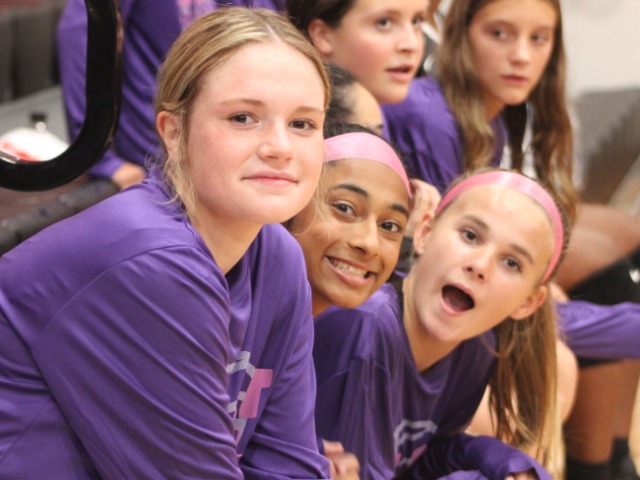 
The Lady Broncos traveled to Keller for the sixth game of the season. C team began the game with a strong offense. Talia Furler and Karis Robinson made their debut as setters allowing our hitters to perform great on the front row. Consistent serving by Mia Schulle and Emery Staab also contributed to the team’s great offense, leading the team to a 25-14 victory in the first set. Although the Lady Broncos lost the first set, they did not let that stop them. The team went point for point with Keller but fell short in the end, losing the final set by one point. Players of the game goes to Diya Dasari for her aggressiveness on the front row; and Kylie Tenbusch for her positive attitude throughout the game.

B-Team gained their 4th win of the season defeating Keller in 2 sets. Molly Crawford was a force to be reckoned with on the front row, dominating in hits and blocks. Claire Keith, Dani Green, and Annesha Biija delivered amazing serves, which made it hard for the defense to return. Lasya Pillamari, returning from injury, also contributed to the team’s victory with her 6 points from serving.”I am very proud of how hard the girls’ play, and that they always play together as a team”, Coach Johnson said after the team’s win. Players of the game goes to Lasya Pillamari for her return after an injury; Rocket Challa for always being a great leader on and off the court.

For A Team, this was the best game of the season! They played together as a true team. They did their job and were able to trust that their teammates on the court with them would do theirs. Shout out to Ashley Hall with a huge block at the end of the second set to keep the momentum high and the score close. Keller came out strong but these ladies kept up with them during both sets. They may not have pulled out a win but they have grown so much. We may have been more excited for finding our groove than the Keller team was about winning the game. Great job ladies! The A Team player of the game goes to Bethany Leibert for her outstanding serves and playing all the way around. We are so lucky to have her back!