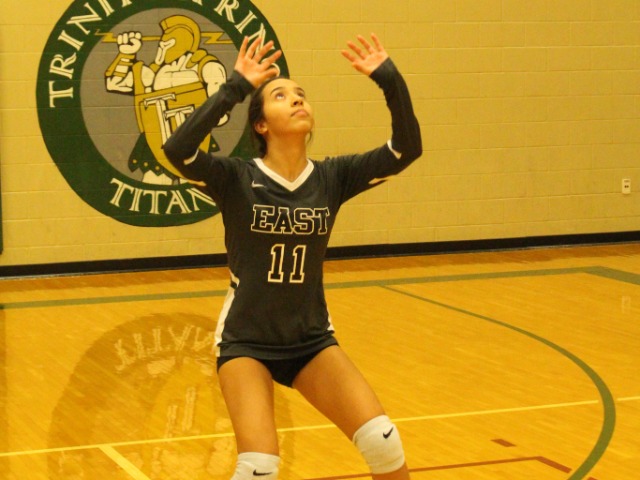 The 8th Grade C-Team began the game with strong energy as they held the lead early in the first set. Communication played a key factor in the team’s 25-22 win during the first set. The team’s high energy and teamwork continued on during the second set, and the Lady Broncos defeated Trinity Springs 25-15. Addison Turner led the team in serves, serving a total of 12 serves for the night. Diya Dasari, Kendall Graves and Mia Schuller were a force to be reckoned with on the net as they gained points for the Lady Broncos with both hits and defensive coverage. Player of the Game goes to Mia Schuller for her game winning serve along with her hits on the net and quick defensive coverage.

The B-Team gained their 3rd win of the season, defeating Trinity Springs in 2 sets. The Lady Broncos collectively had an amazing game on both offense and defense. Their team chemistry and high spirits kept the game exciting. Front row hitters all had great attacks along with a few blocks against the defense. The defensive specialists on the back row made sure to recover every ball that came their way. Scores for the night were 25-21 first set and 25-19 second set. Player of the Game goes to Anneesha Biija for her amazing serves that had the defense rattled. She had 15 killer serves, 10 of which were aces.

The A-Team came out still looking for their first win. With some changes in personnel and rotation they started out a little rough. After adjusting to their position and focusing on their job they started to play together. Still falling short of a win we had some strong hits and serves that just needed to be finished. They will be putting in more hard work next week to take on Medlin Middle School. Player of the game goes to Lily Dontos for her killer serves and ability to play anywhere on the court.