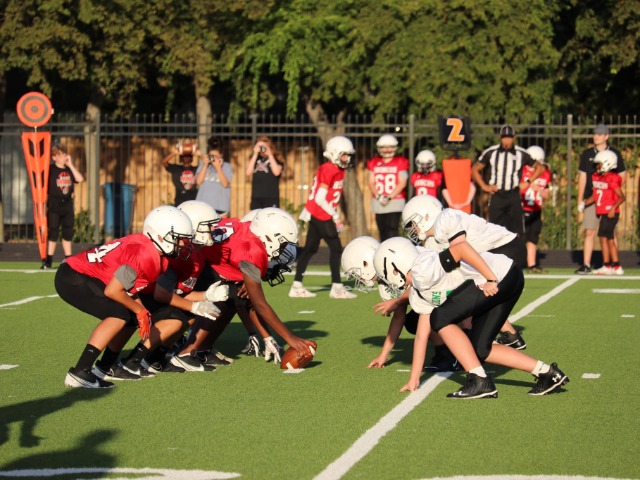 The 7th grade East Broncos traveled to Southlake last night in their final road game of the season to take on Carroll Middle School.

B team played solid thanks to linemen Jake Conoley, Shrish Ashok and Bryce Ewers. Jacob Narez was a stud on defense, making multiple tackles for loss at linebacker. Evan Ballard played his best game of the year, but the Broncos ultimately fell to the competition. Star of the Game is Jacob Narez.

A team was a tale of two halves against the Dragons. First half the Broncos fell behind the competition as Carroll quickly scored three. After some adjustments, the Broncos dominated the second half by possessing the ball for all but one play. Thanks to hard-nosed blocking from Lincoln Gardner and perfect snaps from Brayden Marrs, the Broncos controlled the clock and line of scrimmage. The Broncos converted on two 4th down conversions, but the drive stalled out. Eli Naef quickly got the Broncos the ball back thanks to a strip and recovery. The Broncos capped off the second half with a 56-yard drive that Jackson Echols punched in with 39 seconds left. Stars of the Game are Eli Naef and Lincoln Gardner

The Broncos finish their season with two home games against West and North; come out and watch some East Football!