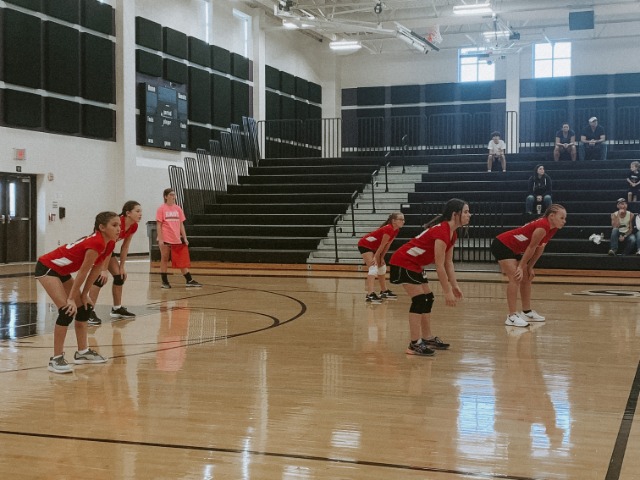 9/23 The 7th grade Lady Broncos traveled on the road to face Wilson. Determined to bring home a win, the Lady Broncos played with heart and went point for point against Wilson. C-team had a rough start in the first with missed serves and poor defense. However, they quickly turned things around during the 2nd set. Mallory Cooper helped the team with fantastic serving along with Mariana Duran and Adwitha Challa. Hard work would prove to bring glory in the third set as C-team defeated Wilson 15-12.

B-team began the game with strong energy and communication. Although the team lost the first set, they quickly turned things around and finished the second set strong, winning 25-23. The B team showed heart and determination in the final set, defeating Wilson 15-14.

A-team was also determined to end the night with a win. The Lady Broncos began the game with consistent serves led by Lily Dontos and Emma Praytor. Claire Keith also contributed with great digs off of Wilson’s hitters. The Lady Broncos fought hard but would come up short, losing the second set.

Players of the Game