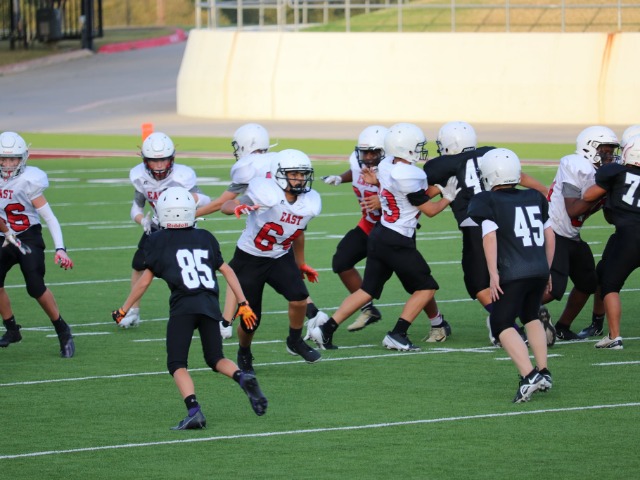 B-team fought hard thanks to solid defense from Ben Alford, Ryan Sussai Manickam and the always dependable Eli Naef. Evan Ballard made some shifty moves and led the offensive charge. Bryce Ewers and Ridge Lawrence anchored the defense, barely leaving the field the entire night. Despite their best effort, the Broncos fell to the Wildcats when the final horn sounded. Players of the Game are Ben Alford and Ryan Manickam

A-team was a tale of two halves as the Wildcats took the Broncos by storm in the first half. However, after halftime adjustments and a renewed sense of confidence, the Broncos outscored the Wildcats in the second half. Lincoln Gardner led the offense with solid blocking and swagger while Chris Crear played what was easily his best game of the season. Jackson Echols and Isaiah Witherspoon ran hard, dominating the time of possession. East eventually scored on a 26-yard run from Jackson Echols. Players of the Game are Lincoln Gardner and Isaiah Witherspoon

The Broncos are at home next week against Keller MS; come out and enjoy some East football at Craig Able Field!