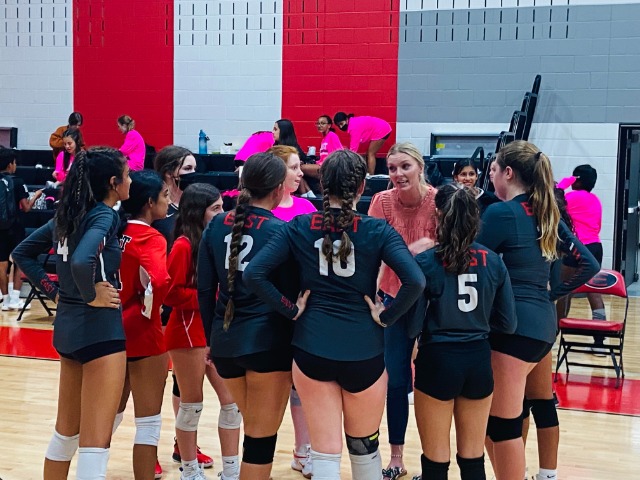 The 8th grade volleyball team had their first home game on Thursday, Sept 9th. The turn out was amazing and our fans really brought the energy again. Our C team took Adams to 3 sets and pulled out the nerve racking win. The victory came from our serving and refusing to lose. We had aggressive serves that rallied up the points from Rhea, Trinity, and Melia. Andy and Trinity had a-lot of great offensive swings from the front row as well. Player of the game was awarded to Melia. B team had such an exciting game where they fought back and forth every set with Adams., but lost it just barely at the end. Callie had amazing swings from the front row and we had a great defense in the back court. Player of the game was Berkley. The night was long after our first 2 teams went to 3 sets, but A team was ready to battle. They did just that with Adams. Our defense looked really good towards the end of the game and it's ultimately what kept us alive in the rallies. We had great touches on the block and great digs. We started off a little slow and that had us playing catch up all night, but in the second set it was really close. We had some long rallies and fought against Adam's, but we lost in the end. We are ready to head into this week with things to work on and ready to take on Dawson on the road this Thursday, Sept 16th.