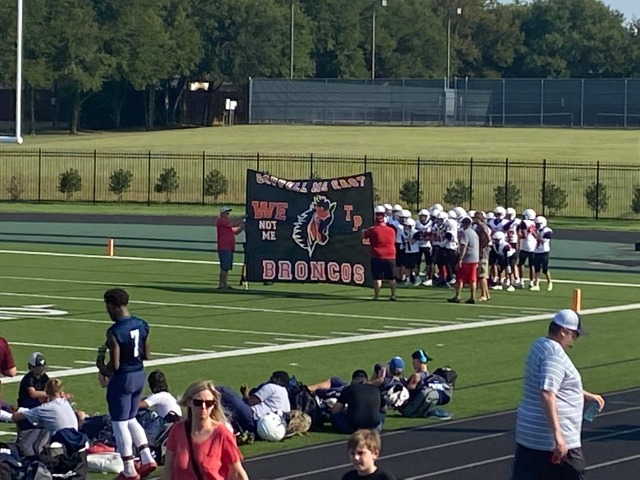 The 8th grade Broncos B team came out firing on all cylinders and started the season off with a 14-0 over Adam’s Middle School. The offense was led by a Mikey Fishetti touchdown catch from Charlie Meyer and a Jaden Tidwell kickoff return for a touchdown. The defense was dominant from the start stopping Adam’s numerous times on 4th down and causing a fumble which was recovered by Judah Mullican.

Players of the game are Justin Beane for his leadership, toughness and intensity and Judah Mullican for his play at quarterback and his execution on defense

A team lost a tough battle to the Lions. Players of the game were Sibu Socks and Jayden Todd. Sibu housed the opening kickoff, and Jayden Todd ran hard and never came off the field on offense or defense.

The Broncos take on the Dragons of Dawson next week; come out and enjoy some Broncos football!