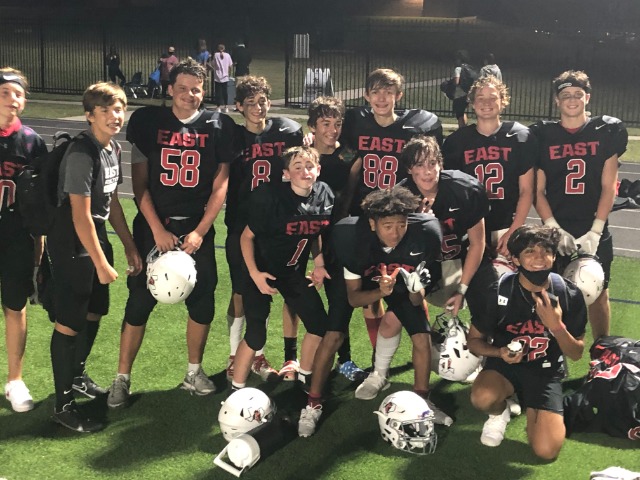 B team battled hard but ultimately fell to the competition. Highlights of the game include Caden Naef for great defense and hard tackling and “Banjo” Ben Hall with multiple tackles and an interception. Player of the Game goes to Banjo Ben for his relentless fight and big heart.

A team, looking to bounce back from three tough losses, played with a chip on their shoulders and rose to occasion, stomping the Dragons 36-6. Highlights include Blake Isbell and Oliver Gabriele for tearing up the backfield, Edward Griffin for great decision-making, J McGil for an acrobatic catch that set the tone for the night, Myles Howard and Grant Gilbert for big plays in the pass game, and the entire offensive line (Keegan Moore, Brock Mitchell, Cole Mitchell, Joaquin Oaxaca, David Wright, Aidan Lawson) for imposing its will on Southlake. Player of the Game goes to Oliver Gabriele for, as Coach Wagner put it “folding Southlake players like fresh laundry.”

The Runnin’ Broncos travel to Adams MS next week before returning home to take on North at CHS. Go Broncos!