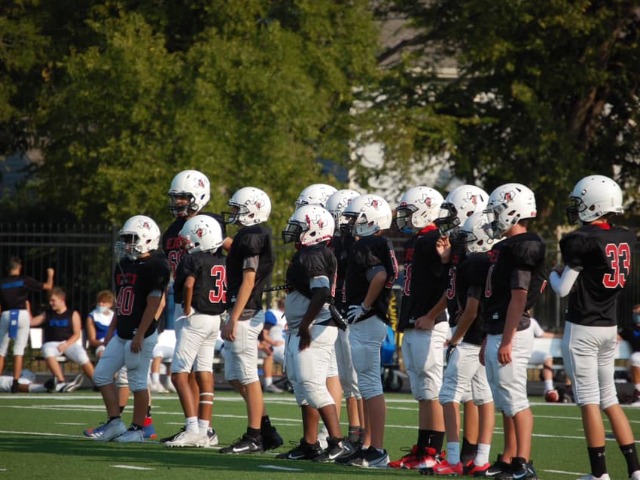 B-team battled hard against the competition but ultimately fell to Keller. Standouts from the game include Michael Jean Baptiste, Cole Roberts, and Ben Hall. Player of the Game goes to Daniel Casamayor for dependability and relentless work ethic.

A-team lost a tough battle to Keller that was closer than the score indicated. The defense led the night thanks to interceptions from Drew Wagner and Drew Minnick, and East held Keller to one touchdown on defense. Special teams and turnovers were the Broncos’ kryptonite as Keller won the night. Grant Gilbert, Tucker Cusano, and Edward Griffin powered the offensive through the air. The Player of the Game is Drew Minnick for lockdown secondary play.

The Broncos hit the road again next week to take on Hillwood Middle School. Thanks to everyone who came out to see and support the boys!