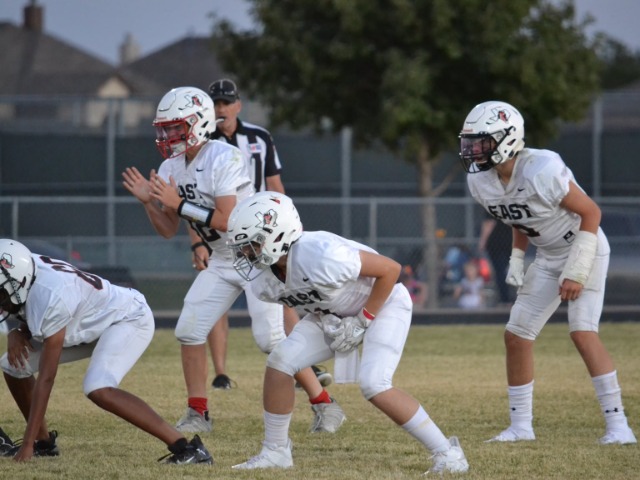 The 8th grade East Broncos were on the road again last night as they took on the Titans of Trinity Springs.

B-team unfortunately stumbled out of the gate as they were forced to play catch up the entire game. Ashmit Aggrawal and Blake Isbell continued to be the most dependable players on defense, providing sideline-to-sideline tackling. Matthew Howard made his East football debut as he carried the football with a downhill attitude. Player of the Game is Matthew Howard.

A-team met a tough Titan’s team and battled through the game. Led by Edward Griffin on offense and Oliver Gabriele on defense, the Broncos met their toughest competition to date and came up short this time. Player of the Game is Grant Gilbert for his lock down play at corner and textbook tackling.

East is finally at home next week against Keller MS on Tuesday, October 6. B and A play at 5 and 6pm, respectively. Come out and support the Broncos!